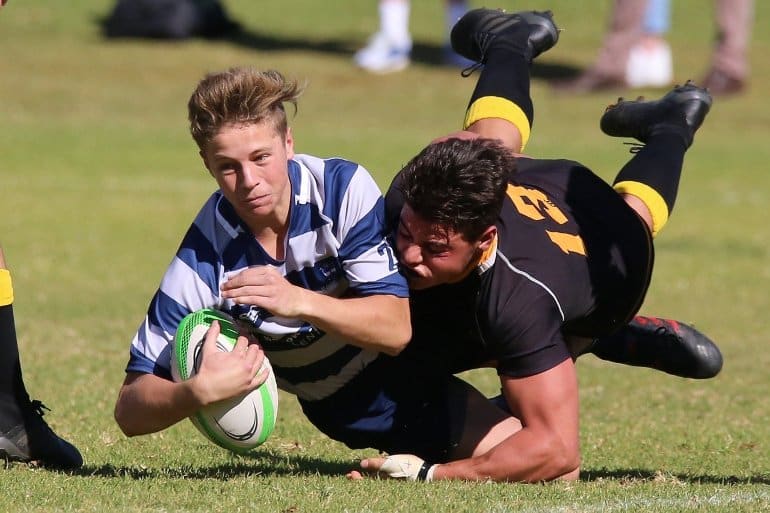 Rugby is a sport that needs no introduction, with an estimated 800m followers, 338m fans and a further 9.6m players worldwide, it’s safe to say it has cemented itself as a truly global sport that keeps on growing. With such a vast fanbase and pool of players, it’s no surprise to learn that many of the positions reflect this diversity in physical attributes.

Here we’ve taken a look at the different positions in the game and the typical physical requirements needed to play at a relatively good standard.

In rugby, the first eight positions are usually the biggest and strongest players on the field. Their main purpose is to keep possession of the ball, provide crucial defence and perform set-pieces.

Props (1 & 3) must keep the scrum straight and lift the second-row players into the air in line-outs. This requires a lot of leg, neck and shoulder strength which is usually at the expense of speed and agility but makes the front row excellent ball carriers and defensive players. Like the props, the hooker (2) is usually bulky and strong but with extra dexterity due to their responsibilities in the set-pieces.

The two locks known as ‘the second-row’ are usually the tallest, most imposing players on the field. Tall and powerful, they provide the pushing power to the scrum and their height to win the ball at the line-out. Their size can be challenging to the opposition’s defence.

Flankers (6 & 7) and the Number 8 position are the first to peel away from the scrum which makes them essential defensive players and ball carriers. They are great all-rounders – big enough to make important tackles, yet agile and endurant enough to be at breakdowns.

Numbers 9-15 are known as ‘the backs’, they are not directly involved in set-pieces (except the scrum-half) but instead look to play offensively and score points. This means they are usually smaller than the forwards but are faster, more agile and quick on their feet.

The scrum-half (9) is the link between the forwards and the backs, feeding the ball into the scrum and retrieving it at the back and they also play the ball from rucks. While the fly-half (10) is a crucial player in the offensive decision-making process so must be quick on their feet. Because of their roles, they are targeted by the opposition so they must also be robust. Fly halves are normally excellent kickers too.

Truly the staple players of the backs, centres rely on speed and powerful runs to break the opposition’s defence. Not only do they have fast feet but also fast hands, passing quick balls before, during and after tackles to take advantage of momentum.

Wingers (11 & 14) are the fastest players on the pitch, taking advantage of their position on the field to run up the touchline and score tries. The full-back (15) hangs at the back of their team, ready to catch the ball if kicked deep which requires great agility. The back-line are also the last line of defence which means they must also be reliable tacklers.

A Game for Everyone

Rugby is a sport where all shapes and sizes can play alongside each other and be great players. However, everyone who plays must expect to be physically robust and resilient because rugby is a fast-paced contact sport, but ultimately a rewarding one.

Share on FacebookShare on TwitterShare on PinterestShare on LinkedIn Share on TumblrShare on RedditShare on VKontakte
Tyler KylieNovember 2, 2021